Mission Statement
In the News!

MobileTEENgps™ - Vehicle Tracking In The News!
Nashville principal monitors son's driving with GPS
Posted: Sep 03, 2012 6:52 PM EDT, By Jamey Tucker, Video Journalist
NASHVILLE, Tenn. - Hunters Lane High School Principal Dr. Susan Kessler keeps a close eye on her son's driving with a special GPS system that keeps track of his speed and location.
http://www.wkrn.com/story/19445739/metro-principal-monitors-sons-driving-with-gps
Mom and son on Nationally Syndicated Talk Show
August 31, 2012
When his mother installed a device in his truck that monitored his speed and location, 18-year-old Brad Kessler said she saved his life. She was also indirectly booking them both a spot on a nationally syndicated talk show.
http://www.tennessean.com/article/20120831/NEWS/308310117/Local-mom-son-appear-talk-show
Local Mom on Steve Harvey - "How to Protect Your Child Without Over Protecting" (VIDEO)
Fox 17 WZNT Nashville - On Friday's episode, Steve talks to a Nashville mom with a problem a lot of parents can probably relate to--"How to Protect Your Child Without Over Protecting."
http://www.fox17.com/newsroom/morning/videos/vid_607.shtml

Most teen drivers admit to narrowly avoiding an accident
By Jonathan Shorman, USA TODAY
In a new study, 68% of teens said they had narrowly avoided a crash, and more than half had experienced more than one close call in the past year
http://yourlife.usatoday.com/parenting-family/
MobileTEENgps™ Launches New Generation of Vehicle Tracker With Continuous Monitoring, Easy Installation, No External Antenna
Marietta, GA (PRWEB) June 15, 2011
Lower price, month-to-month, no annual contract, no added fees make it easier for parents to benefit from technology.
http://www.prweb.com/releases/2011/6/prweb8570090.htm

Teen Car Insurance Discounts
Copyright 2000-2007 by The McGraw-Hill Companies Inc.
Are the car insurance rates you pay for your kids breaking your budget? We look at how technology is playing a role in improving teenagers' driving and lowering their premiums

Another new program is MobileTeen GPS, launched in April by American International Group Inc.s AIG Auto Insurance. Like Teensurance, the GPS program sends parents an e-mail or text message if the teens car exceeds pre-defined speed limits or strays too far from home or school.

Keeping Tabs on Your Teen
By KEN BELSON, Published: September 30, 2007
LIKE many parents, Richard Mueller was concerned about the driving of his 17-year-old daughter, Becky. Within a year of getting her license in Palm Harbor, Fla., she had one fender bender and had received two traffic tickets.

With his daughters license in jeopardy, Mr. Mueller installed a tracking device, Teensurance, in the dashboard of her Volkswagen Jetta. Sold by Safeco, which insures the Jetta, the gadget uses G.P.S. technology to monitor Beckys location and how fast she is driving.

For $14.99 a month, Mr. Mueller can get e-mail or text message alerts if Becky exceeds preset limits, like driving more than 15 miles from home or faster than 60 miles an hour. He checks a Web site to view satellite images that show the location of Beckys car. And a roadside assistance feature unlocks the cars doors for Becky, if needed.

In todays society, its a heck of a lot more convenient for a kid to have a car, but we wanted some assurances that shed follow the rules, Mr. Mueller said.

Becky initially disliked being tracked, but she has grown used to it.

I dont necessarily like it, but it keeps me out of trouble, and now that Ive had things happen to me, I wish I had it before, she said.

Starting on Thursday, Safeco will offer discounts to policyholders who use the device. A Safeco rival, A.I.G., does not offer discounts for MobileTeenGPS, a similar product that sells for $19.99 a month.

While privacy advocates are concerned that the devices could be used to penalize some drivers, the technology is likely to spread because it lets parents keep tabs on their teenagers, as well as helps insurers better manage their risk.

If history is any guide, it will be a pleasant option for a few people at first and then it will become almost impossible not to have it because of the discounts, said James Katz, director of the Center for Mobile Communications Studies at Rutgers University.

This thing is installed behind the dash. You can do it yourself, or have it done professionally. Once installed, you go to a Web site and set its parameters. Those include the car's speed and geographic limitations. You then enter up to three cell phone numbers. Those phones are alerted if the car violates your parameters. One phone number should be your teenager's. That's an electronic back seat driver!

You can monitor the car's speed and location anytime on the Web. The unit also will alert you if it has been turned off. In addition, it keeps weekly logs. Use them to coach your teenager.

(click here to read the full story ...)
AIG Auto Insurance Launches GPS Based Teen Driver Pilot Program
NEW YORK--AIG Auto Insurance today announced the AIG Teen GPS Program for auto insurance policyholders with teen drivers. According to the National Highway Safety Administration (www.nhtsa.gov), auto accidents are the leading cause of death for 16 to 20 year-olds, with roughly 6,000 young lives lost annually. The program will initially be piloted in Arizona, Illinois, New Jersey, Pennsylvania, South Carolina and Washington, and uses GPS technology to allow parents of teen drivers to monitor the location of the teens car and driving.

After installing a small GPS unit, which is easily set up in 20 minutes, parents can instantly determine the exact location of the teens car via the Web or any phone. Additionally, the AIG Teen GPS Program will automatically send the parent an e-email and/or text message if the teens car exceeds pre-defined speed limits or is driven too far from a pre-defined location (home, school, work, etc.). To facilitate the program, AIG Auto Insurance has teamed with MobileTeenGPS (www.mobileteengps.com) as its technology partner for the AIG Teen GPS Program.

Parents and insurance companies share one simple goal: to reduce accidents and save lives, said Tony DeSantis, President of AIG Marketing, Inc., the direct marketing division responsible for AIG Auto Insurance. This technology cannot prevent kids from using poor judgment or getting into accidents, however it is a great tool to help parents and teens agree on rules, monitor behaviors, develop safer habits, and ultimately save lives.

AIG Auto Insurance consistently provides consumers with the opportunity to save on their auto coverages without sacrificing service. With over one million policyholders underwritten by member companies of American International Group, Inc. (AIG), AIG Auto Insurance has representatives available 24-hours-a-day, 7 days a week. The toll-free number for free rate quotes is 800-807-9458. In addition, www.aigauto.com delivers on-line sales, service and claims reporting made easy.

American International Group, Inc. (AIG), world leaders in insurance and financial services, is the leading international insurance organization with operations in more than 130 countries and jurisdictions. AIG companies serve commercial, institutional and individual customers through the most extensive worldwide property-casualty and life insurance networks of any insurer. In addition, AIG companies are leading providers of retirement services, financial services and asset management around the world. AIG's common stock is listed in the U.S. on the New York Stock Exchange as well as the stock exchanges in London, Paris, Switzerland and Tokyo.

*Insurance is underwritten by member companies of American International Group, Inc., and is subject to underwriting approval. The description of service herein is a summary only. It does not include all terms, conditions and exclusions of the policy. Please refer to the actual policy for complete details of coverage and exclusions.

MobileTEENgps™ is featured on the Hallmark Hall of Fame Presentation "Road To Forgiveness" on Sunday, April 22nd at 8pm/7c 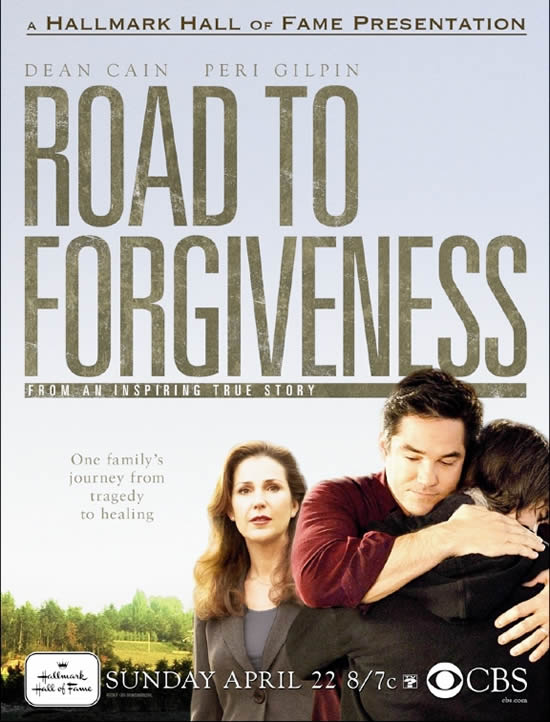 Tracking Your Teen: Use tech to monitor teen's driving
Lorraine Rivera Reports
April 10, 2007 11:01 AM
AIG Auto Insurance is offering a pilot program here in Arizona to install small GPS tracking systems in cars. Besides following their teens around town, parents can sign-up to receive an email or text message if their teen drives over a certain speed, or is somewhere he or she shouldn't be.
(click here for the complete article and video)

Tracking Your Teen: Use tech to monitor teen's driving
3/10/2007
For teens, a driver's license is a ticket to a new world of opportunities. For parents, the new driver is cause for both celebration and worry. According to the government, car accidents are the leading cause of death for people 15 to 20. Sixteen-year-olds have the highest crash rate per mile, according to the Insurance Institute for Highway Safety.
(more...)

Tracking Your Teen: Parents turning to satellites to watch their young drivers
KHQ Special Report
SPOKANE, Wash. - For teenagers, getting a driver's license is a rite of passage, providing a sense of freedom. But to many parents, the keys to the car feel like keys to a deadly weapon, which is why some moms and dads are subscribing a teen tracking service.
(more...)

As seen on CBS News in Atlanta.
By Jonathan Shorman, USA TODAY
A local company has developed technology that can keep help parents keep track of their kids' driving behavior.

Protecting teenage drivers from themselves
Bill McGinty, Tampa Bay's 10 News © Copyright 2005-2006 WTSP-TV
St. Petersburg Beach, Florida - A 1-ton car going 50 miles per hour can be a deadly weapon, especially in the hands of an inexperienced teenage driver. But this device, called a mobile teen GPS tracker may help change that.
View the Story Here!

What can be done to fight the No. 1 cause of death among American youths?
Chicago Tribune has been doing a year long series on Teen Driving. © 2006, Chicago Tribune
A drivers license is an American rite of passage, a doorway to greater freedom and adulthood. But for dozens of Chicago area teenagers each year, it is a journey that ends in death. Automobile accidents remain the number-one killer of teens, a public health problem that has defied the efforts of parents, educators, lawmakers and police.
SAFE TEEN DRIVER partners with MobileTEENgps™
Saving Lives With GPS Technology
July 2006
Safe Teen Driver has partnered with MobileTEEN GPS, a new GPS system that Safe Teen Driver strongly believes can save lives. Safe Teen Driver chose MobileTEEN GPS because the company shares the same goals as Safe Teen Driver, says Bruce Murakami, founder and president of Safe Teen Driver.
Read the full article

8/2/2006
An average of 22 teen drivers are involved in fatal car accidents every day. The benefit of MobileTEENgps™ to the parents of teenage drivers is peace of mind. Parents have the latest technology at their fingertips confirming that their loved ones are developing safe driving habits, safe on the road, and returning home safe.